We plan to give you a seasonal recipe a month highlighting what’s in season each month and what you can cook with it. So let’s start with a February veg favourite of Season Well: Jerusalem Artichokes 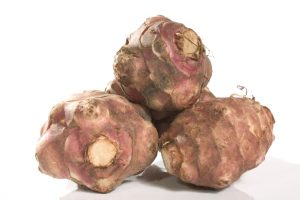 It’s not an artichoke and it’s not from Jerusalem. These are actually grown on an allotment near Harrogate which we support a learning disability charity to manage. They are a tuber so grow underground and look like a knobbly potato. They got their name because they are thought to taste a bit like artichoke.  The plant is part of the sunflower family and the Italian for sunflower is Girasole (follow sun) which sounds a bit like Jerusalem so hence the name. 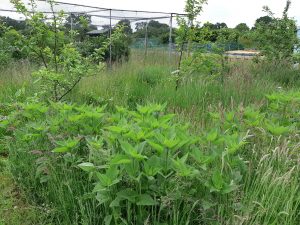 The plant grows very tall so is good to grow as a windbreak which is what we planted them for on our windy site. They are also so easy to grow. Once you have planted a few tubers in spring they need very little looking after. They grow tall stems and have small flowers in summer. They then die back and are ready to dig up in the depths of winter when little else is growing. I have developed a love for their nutty flavour.

The tubers are very good for you as they contain iron, vitamin c and potassium. They also have a prebiotic effect in the gut due to the high levels of a carbohydrate called inulin. This promotes growth of good bacteria in the gut which fight harmful bacteria in the intestines, prevent constipation, and give the immune system a boost. Inulin is also thought to regulate blood sugar 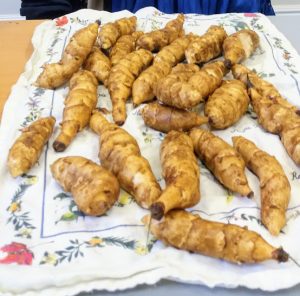 Unfortunately whilst they may reduce wind on the allotment they can increase wind in your bowels. They are nicknamed “fartichokes” for the windy effect they have on some people. The good news is that the more you eat the more your body can tolerate them and the less windy you become. It also affects some people more than others.

As they are so good for you, easy to grow and so very tasty give them a go. 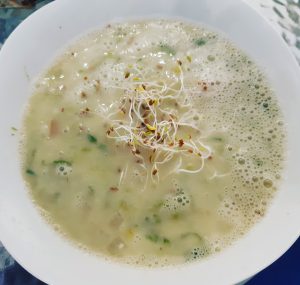 One of our favourite ways to cook them with our allotment group is in this delicious soup recipe. Here we mix them with leeks which are also in season this month. If you want to be super healthy you can sprout a few alfalfa or pea seeds ( or any microgreens) and serve the soup with a little sprinkling on top.

Please comment if you’d like some seed sprouting instructions or any other artichoke recipes. We’ve also made artichoke cake in other years and this year intend to try an artichoke pickle as pickling or fermenting is suposed to reduce their windiness